Our commitment to build a Tobacco free Cox’s Bazar

Sumi Akhter: We all know that tobacco is the single largest preventable cause of death and it is the only legally available consumer product, that kills people. Tobacco causes cancers of the lung, larynx, kidney, bladder, stomach, colon, oral cavity and esophagus as well as leukemia, chronic bronchitis, chronic obstructive pulmonary disease, ischemic heart disease, stroke, miscarriage and premature birth, birth defects and infertility, since tobacco contains 7000 chemicals, which are very harmful for health. Bangladesh is one of the countries, where both production and consumption of tobacco use is high. A study of WHO shows that 100,000 people die yearly and 382,000 people become disabled due to illness caused by tobacco related diseases in Bangladesh. Tobacco is not only harmful to health, but also to the economy, the environment, nutrition, poverty, women, children, adolescents and overall human rights.


Tobacco consumption in Bangladesh is increasing, especially among the youth and the poor. The Global Adults Tobacco Survey report’ 2009 of WHO says that current tobacco user (smoking and smoke less) among all adults is 43.3% (41.3 million) in Bangladesh. The survey also says that the age at smoking initiation is now between the ages of 15-16 years and 24.4% are rural residents and 26.7% urban residents. Among urban smokers, 21.0% initiate smoking between the ages 17-19, compared to 17.7% of rural smokers. Nearly 9 out of 10 smokers started smoking by the age of 18. The study says, that 98% people of the country think, that more young people have been attracted to smoking then in earlier times because of the availability of cigarettes at a low price. 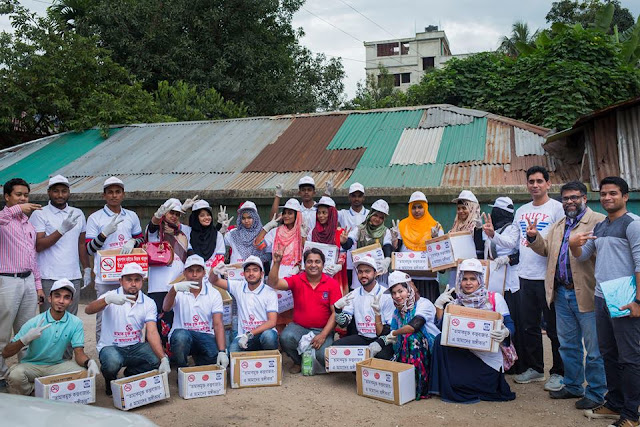 The fight against tobacco has been taken for many years for addressing these issues. Bangladesh has ratified the WHO Framework Convention on Tobacco Control (FCTC) in 2003 emphasizing the need to regulate and control tobacco products globally, however it still has one of the highest tobacco use prevalence. In 2005 the Bangladesh Government passed the Smoking and Tobacco Usage (Control) Law and in 2006 passed rules to facilitate the enforcement of the law. The implementation of the FCTC is one of the targets contributing to achieving SDG 3. Based on the SDG Bangladesh has included the tobacco control (TC) program in its “7th Five Years Plan”. The honourable Prime Minister of Bangladesh declared, that Bangladesh will become tobacco free by 2040. The TC law bans tobacco smoking in all public places and public transports. Display of vigilance notice is mandatory for all public places and public transports. But tobacco use is still a widespread phenomenon in Bangladesh.

Considering the above facts, Cox’s Bazar municipality has taken an initiative to establish a model tobacco free city. Cox’s Bazar City is a coastal district located in the South-Eastern part of Bangladesh. It is situated in the Chittagong Division. Cox’s Bazar is a main tourist area in Bangladesh and the Cox’s Bazar sea beach is the longest sea beach in the World. People from different parts of the country and abroad as well visit this area, so it has an opportunity to exhibit a model tobacco free city for all of them, that will motivate people to replicate this idea in other regions and areas of the country and aborad. 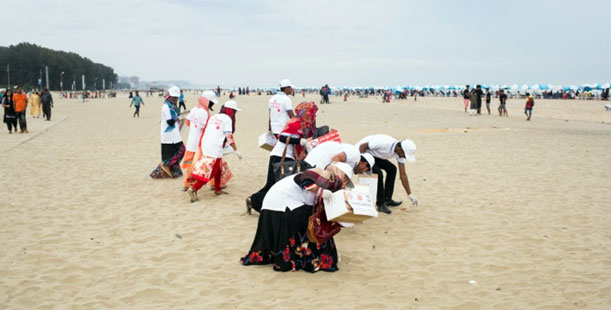 A youth volunteer group is already involved with the initiative. I am one of the members of the volunteer group. 10 graduate trainees from YES CENTER Cox’s Bazar are now working together with the group. Our main aim is to establish a tobacco free Cox’s Bazar city and to save the youth and others from the harms of tobacco use. On 31st December 2017 we conducted a beach campaign under the title of “Tobacco free Cox’s Bazar” at the sea beach area. We carried basket bins, collected buds of cigarettes and Biri from the beach, we requested the smokers not to smoke at the sea beach & then to throw their cigarettes and Biri in the sand… and those throwing their buds in a rubbish bin, we greeted with a little chocolate  The campaign created a huge attention by the tourists of the sea beach. We enjoyed it a lot and we feel that it is our duty to contribute for the betterment of our society. I know that it was a very small initiative, but I believe that if we can continue our work with a specific goal and direction we can achieve many things and in the long run we can say “We shall overcome someday, deep in my heart, we do believe that we shall overcome someday”.

It is my earnest request to my friends, relatives, readers and others, not to smoke and convey the message to others…